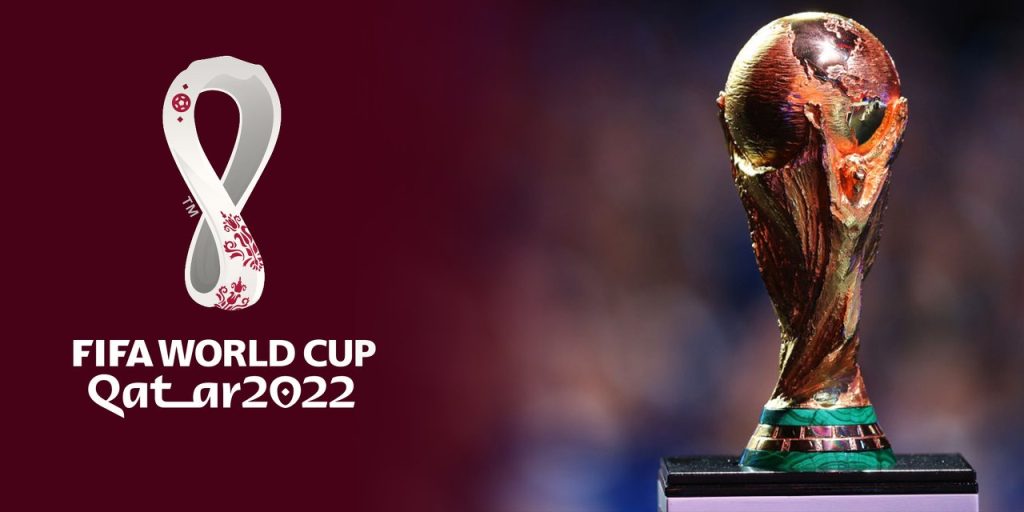 Football is the most popular sport on the planet, with an estimated 3.5 billion fans, or more than 43% of the world population. It is “the beautiful game”, as many often call it. Consequently, the FIFA World Cup is the most popular football tournament, considered the pinnacle of the game.

The men’s edition of the World Cup is known to 95% of the global population. More than 700 million people watched the 2006 World Cup final, roughly a ninth of the world’s population at the time.

The world’s eyes are on this tournament every four years, and the 2022 World Cup is likely to break some records and provide us with countless hours of spectacular play. If you’re interested in placing bets on it, you’re in the right place.

This comprehensive guide on FIFA World Cup 2022 betting will tell you everything you need to know about the tournament, the teams and players, and how to bet on it. It will also give you some wagering tips and, most importantly, show you where to place your bets. Let’s get cracking

Our expert punters and sports enthusiasts have researched and reviewed dozens of compelling African sportsbooks. They’ve analysed various aspects of each bookmaker to find the best sites for our audience.

This has resulted in the detailed list you can find below. You can pick one or more sportsbooks, but we guarantee each platform is worth your time and money. 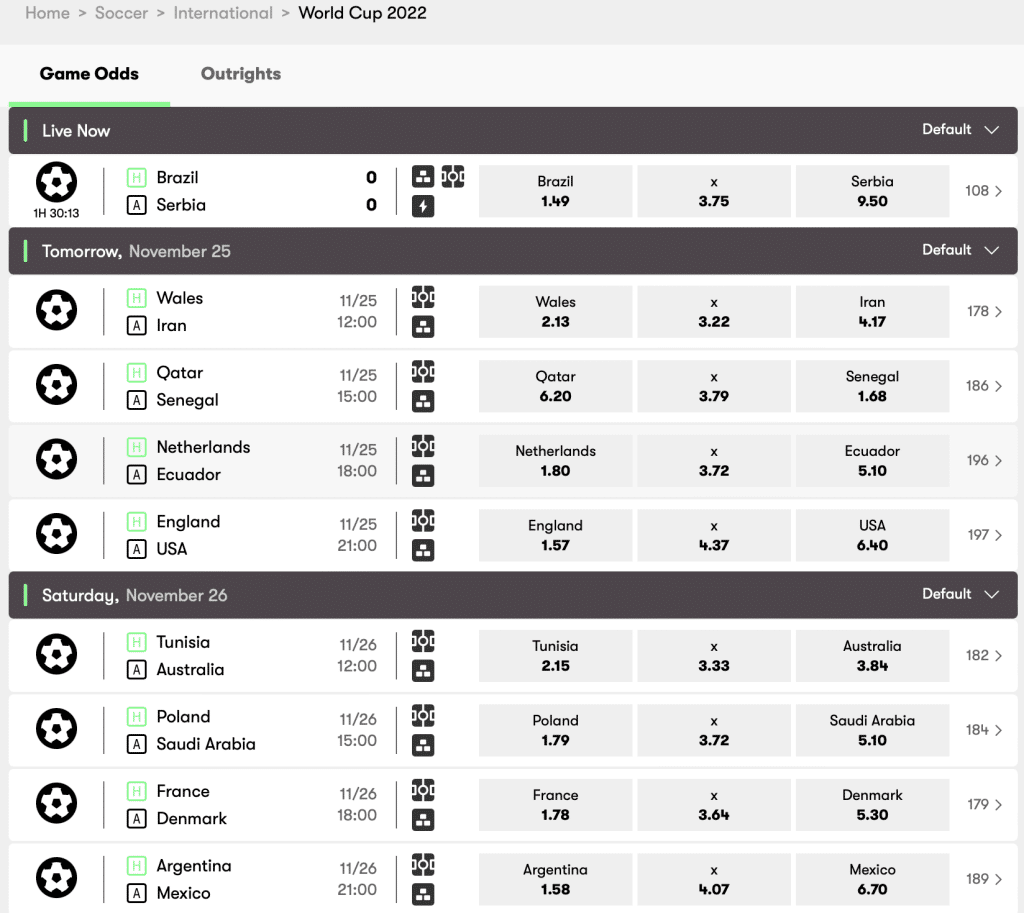 How We Picked the Best Qatar 2022 Sportsbooks

We started our journey by locating all good sportsbooks in the South African market. Then we analysed each based on the crucial criteria that all sports betting sites share. This enabled us to award a specific grade to each website. All we had to do afterwards was pick the highest-rated bookies.

As you’ve already seen the list, here are all the criteria we used to rate them. They will help you learn what to look for in a sportsbook.

Every sportsbook needs a licence to operate in specific markets. The same is true for South Africa, where each province has its own regulator, like the Western Cape Gambling and Racing Board or the Mpumalanga Economic Regulator. We only recommend sites that have a valid online betting licence. This further ensures heightened security measures like SSL encryption and proper firewalls.

Reputation is everything in the gambling world, so we look into reviews and punter feedback on each site we analyse.

As long as a site has favourable reviews and a limited number of complaints, we know it can be trusted.

Even though betting odds are similar across the board, some sites offer slightly higher odds than their competitors. This means little for a single bet but adds up over time. That’s why we only recommend platforms with highly competitive odds for World Cup matches.

Sportsbooks tend to cover a wide range of sports and leagues, but some need to deliver more market variety on specific competitions. This is rarely the case with the FIFA World Cup, but we still made sure only to recommend sites that extensively cover the Cup and offer dozens of markets on each match. They also provide a plethora of outright markets, including niche bets like exact group points and teams to finish at the bottom of the group.

Special features are not crucial, but they are a significant plus for a sportsbook. We look into things like the bet builder, a tool all top bookies have that lets you create a single personalised bet from several selections or the cash-out feature, which allows early withdrawals from active wagers.

Moreover, we favour sports betting sites that provide live streaming on popular matches so that punters can follow the game and place in-play bets on the same platform.

Promotional offers are an inherent part of modern online sports betting sites, but they are not always as diverse and worthwhile as they should be.

That’s why we make sure to locate platforms that offer a wide range of bonuses for the World Cup, like welcome packages, cashbacks, free bets, and more. We also ensure that these promos have favourable terms, including low rollover requirements.

It’s vital that a sportsbook you want to join covers at least one of the payment methods you commonly use. This makes deposits and withdrawals easier.

That’s why we recommend bookies that support popular payment methods throughout South Africa. This includes Visa and Mastercard debit and credit cards, online bank transfers with Masterpass, vouchers like OTT or Easy Pay, e-wallets like Skrill and ecoPayz, and others.

Having the right payment methods is one of many things punters need. The bookie also needs to ensure that the deposits are instant and that the cashouts are fast.

On our list, you’ll only find sports betting sites that offer swift payouts that go without a hitch, as long as you respect the sportsbook’s withdrawal rules.

1. Besides these, we also check into other criteria, including:

4. Existence of responsible gambling tools like self-exclusion and limits

6. Support for ZAR payments and betting

Interesting Facts and Stats About the FIFA World Cup

The FIFA World Cup abounds in impressive facts and statistics, so we’ve prepared some of the more compelling ones from its history and the upcoming tournament:

The most attended World Cup in history is the 1994 edition in the United States. Almost 3.6 million people came to watch the matches.

History of the FIFA World Cup 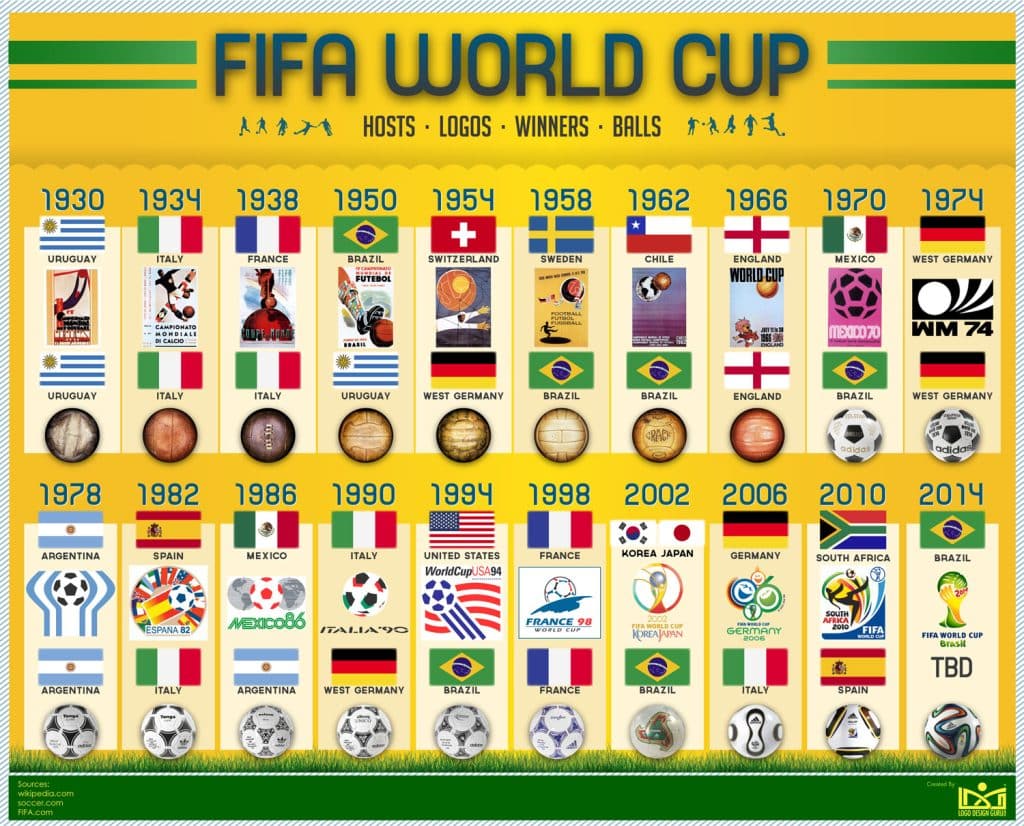 It seems like the World Cup has been with us forever. However, there was a time when the football competition in the Olympics was the most prestigious tournament in national football.

Thankfully, during the 1920s, it was decided that football had become too professional and required a championship of its own. FIFA was already the planetary football governing body, and it decided to arrange the first World Cup on 26 May 1928.

As we all know, the tournament was eventually held in 1930 and hosted 13 national teams, primarily from South America and Europe. It was held in Uruguay, and the host nation won.

After that, the competition was held every four years, with a long pause due to World War II. The initial editions were plagued with problems like international travel and war.

The number of teams was set at 16 immediately after the first edition, but it was altered in 1938 and 1950. In the first instance, Austria was absorbed into Germany, so the number had to drop to 15. In the latter example, Turkey, India, and Scotland withdrew from the competition, leaving it with 13 nations.

After that, there was nowhere to go but up, with the number of teams increasing to 24 in 1982 and 32 in 1998. All of these increases allowed new nations to join, especially those from continents like Asia, North America, and Africa. However, only South American and European teams have made it to the final despite that. We are yet to see a Cup where an African, North American, or Asian country reaches the final.

The 21st century has seen the World Cup becoming a truly global competition. As many as 200 teams played in the 2002 qualifiers, with a record 204 countries doing the same in 2010. The next World Cup in 2026 will mark another significant increase, with as many as 48 nations participating for the first time in history.